Search Results for: Jay A. Halfond

U.S. universities have had century-long success in absorbing existing professions into their curricula—by making academe their gatekeeper. These professions often started with apprenticeships and short training courses leading to a certification examination—and were then elevated and “academized” into a comprehensive body of knowledge, fueled by evidence-based scholarship, led by university faculty, and offered to students… Read more »

When Jacques Pépin accepted his honorary doctorate from Boston University this past May, he made note of this truly symbolic moment. While his proposed dissertation focus on food had once been rejected by Columbia University as academically unworthy, a leading university was now granting him a doctorate for his work as a celebrated author, chef and… Read more »

While most in the academic community know about the attempt to rein in the for-profits, few are aware of its collateral damage. In October, the Department of Education issued its Program Integrity Rules, intended to protect federal funds especially from those for-profit institutions with high student loan default rates. Well-intentioned though this was, the DOE… Read more »

When it comes to creating an international campus, America’s universities are far better at welcoming faculty and students from abroad—and sending students to study abroad—than in truly elevating global consciousness. Simply having foreign individuals on campus doesn’t make global citizens of the rest of us. Exposure is hardly sufficient. Like wallflowers at a dance, there… Read more »

To listen as many of us incessantly complain, one would think academe is chronically resistant to change, new ideas and innovative programs. We often hear the smaller the stakes, the greater the petty battles—no opportunity is too minute to stall and impede. Before tenure, junior faculty need to be protected while they build their publications… Read more »

A new literary genre seems to be booming—book-length critiques on the state of American higher education. While a few celebrate American exceptionalism, most lament the decline of higher learning. Whether exuberant or depressed, their tone is rarely tempered. The authors’ demographics suggest why—they are generally at the twilight of their own academic careers, taking one… Read more »

Last month, I suggested we separate hype from reality—not so much to criticize distance learning, but to seek an even higher ideal. Much of what is thrust under the umbrella of distance learning isn’t conducted at much distance, isn’t well supported and limits opportunities for institution-wide collaboration and innovation. Distance learning should be an exciting… Read more »

G. K. Chesterton famously once said: “Christianity has not been tried and found wanting; it has been found difficult and not tried.” This, I believe, applies to distance learning as well. There is far too much self-congratulatory hyperbole about the growth and pervasiveness of online learning – which exaggerates reality and overlooks the true revolution… Read more »

The nation seems to have suddenly awoken to the reality that for-profit academic institutions are a force to be reckoned with. For so long, they have been ignored as inconsequential, second-rate competition, and vilified for their greed and lack of quality. Two events seemed to have changed their image into something far more formidable: the… Read more »

Among the little truly predictable—or at least those rare things I’ve been able to successfully predict—I would suggest these three truths. First is the inevitability of recessions. Whether the result of human folly or business cycles, the economy will contract—probably about once every decade, give or take, and probably in direct proportion to the degree… Read more »

Did you know that 28% of New England adults who have never taken a course for credit report incomes below $25,000? Learn more facts about adults' higher education experience: https://bit.ly/375QO5S @maguireassoc 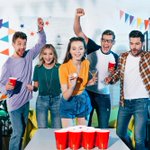 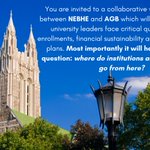