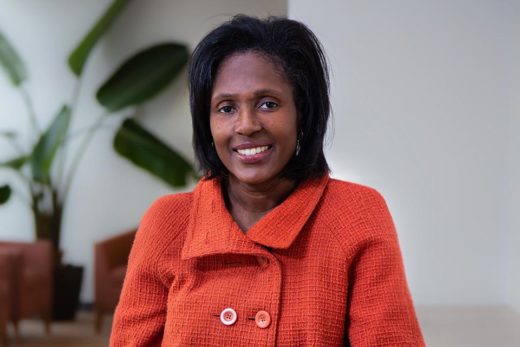 Simmons University named Lynn Perry Wooten, a crisis leadership expert who served on the faculties at Cornell University and the University of Michigan, to be the next president of the private Boston university, succeeding Helen G. Drinan, who ends her term in June after 12 years as president.

Katie Conboy, who has held provost positions at Simmons and Stonehill College, was named president of Saint Mary’s College, a 176-year-old Catholic women’s liberal arts college in Notre Dame, IN.

The National Association of Colleges and Employers named Shawn VanDerziel, an official with with Chicago-based Field Museum, to be executive director of the 13,500+ member organization engaged in career development and employment of college students and alumni. He’ll succeed Marilyn Mackes, who retired earlier this month.

Phillips Academy Andover appointed Grinnell College President Raynard S. Kington to be the 16th head of the famed academy serving 1,130 boarding and day students. He will succeed John G. Palfrey, who resigned last summer to become president of the MacArthur Foundation, and Jim Ventre, who as been serving as interim head of school.