NEBHE aims to lead the region’s reparative justice efforts and is developing new initiatives to nourish and uplift BIPOC faculty.

NEBHE aims to lead the region in reparative justice efforts, and, to that end, we are working to promote Pillar III “Nourish and Uplift” by developing a series of new initiatives to support Black, Indigenous, and People of Color (BIPOC) faculty. We call these faculty initiatives the North Star Collective (NSC).

Rationale for Name
The “North Star Collective” name has several historical and contemporary influences. “North Star” pays homage to the fact that enslaved Africans and African Americans used the North Star in the night sky to guide them to freedom. The name is also a nod to The North Star, the antislavery newspaper published by African American abolitionist Frederick Douglass.

NEBHE believes it is important that higher education institutions acknowledge the ways in which they have benefitted directly or indirectly from slavery and its long legacy as well as that of white supremacy. We also believe that institutions can support the NEBHE’s NSC faculty initiatives as a way to repair the harm and use them as a way to move forward to become a refuge for BIPOC faculty in the ways that the “North” was once imagined in American history as a promised land of freedom.

The term “collective” reflects our aim to establish a community of BIPOC faculty that are tied together by shared experiences as marginalized peoples in predominantly white institutions in New England. Historically and contemporarily, “collective” has been used by activist groups to promote the liberation, uplift, health and wellbeing, and overall care of BIPOC people. This collective of initiatives will be established by and for BIPOC faculty, and will serve to support these holistic goals as well.

A great read & firsthand look at the Latinx #college experience.

Many thanks to all who helped facilitate yesterday's LAC about all the reasons we should work to expand #highered for the #incarcerated in #newengland & beyond, including our chairs @SenDavidWatters & Rep. Rebecca Millett & our fantastic panel @TEJI_MIT & @JLeequon ! 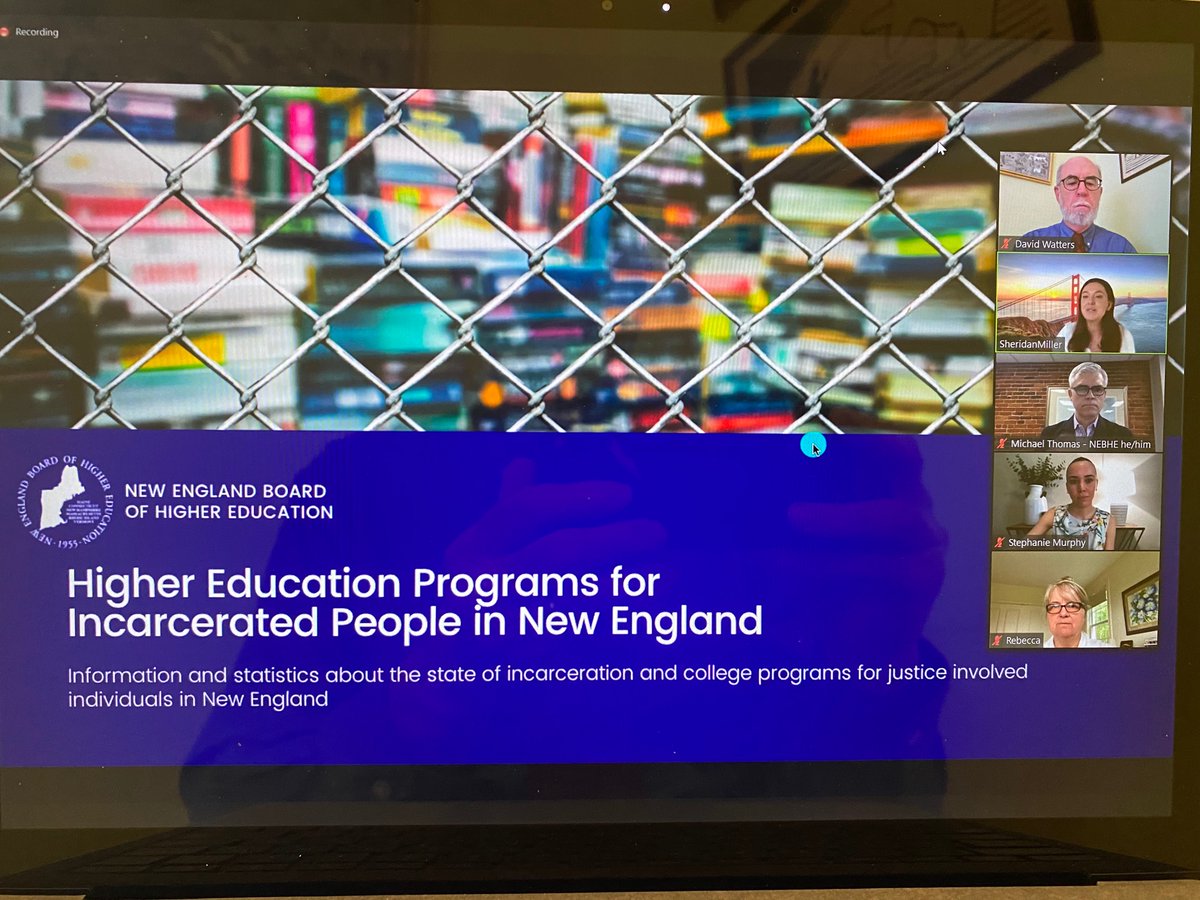 Hosting as co-chair of the @nebhe Legislative Advisory Committee an informative session on higher education and incarceration. @NHDems #NHPolitics